They are everywhere, but they are rarely “seen”.

The shoes they wore—“labor protection shoes” were actually seen, and they are becoming a fashion abroad, following the back of sneakers, permanent bicycles, and blue “cotton sweaters” with white stripes.

Is this another kind of “Made in China”?

In 2003, after carrying two big bags, American Ben Walters came to Shanghai. After intensive study of Chinese for four months, he found a job in a plastics factory engaged in foreign trade.

Ben lives in Xujiahui. He knows this is one of the bustling downtowns in Shanghai, but this downtown is so different from the United States. For several years, it has been a booming construction site, with high-rise buildings rising from the ground.

Then, under the huge shadow of the tall buildings, he noticed a group of people, Chinese construction workers.

He found that no matter what age, workers often wear the same shoes: army green, round rubber toe caps, thin uppers and soles, which look both strong and inferior. Later, he learned from a Chinese friend that it had a special name: labor insurance shoes.

The lines, textures and things behind these shoes attracted Ben. After a period of weighing in 2005, he made a decision: invest his energy and money in “labor insurance shoes”-he wants to develop his own brand.

Now, following back-to-back sneakers, permanent bicycles, and blue “cotton sweaters” with white stripes, “labor insurance shoes” have slowly become popular in North America and Europe. The New York Times magazine says that most of the US shopping malls The shoes are produced by Chinese workers, and Ben Walters’ shoes are no exception. The difference is that they are also inspired by Chinese workers, but after design and quality improvements, they have attracted Western consumers.

Sunday: What attracted you to “labor insurance shoes”?

Ben Walters (hereinafter referred to as Ben): The first is visual beauty. I think they are simple, sturdy, and cool. However, it also has a social meaning beyond aesthetics. When I saw it for the first time, I remembered a TV show that I liked to watch in the United States before: the host runs around the world, interviews workers in various work clothes, and discovers their living conditions and the status of a country from the clothes. Culture.

Sunday: What do you observe for Chinese workers wearing “labor insurance shoes”?

本: In North America and Europe, people know that countless consumer goods are made by Chinese workers, but Chinese workers are still mysterious. In Shanghai, you can see workers everywhere. Some of them are fashionable and brightly dressed, but I find that they are hard to be appreciated or even “seen”. In a sense, my shoes are like a “record”, a symbol of China’s contemporary labor force, which can increase Westerners’ knowledge of this country and people.

Sunday: Will this make your shoes “color”? “Made in China” is sometimes associated with the “China threat”.

本: What I want to “record” is human life. I took pictures of Chinese workers, made them and hung them on bags (shoes and bags are Ben’s two main products-reporter’s note). There are also pictures of contemporary Chinese workers on the company’s website. I hope that consumers in Europe and the United States When you see these images, you will want to know: Where do they come from? Where are you going? What kind of life do they lead? What are their values…

Sunday: Your shoe poster reminds people of China in the 1960s and 1970s. Is this a kind of business strategy? It is easier to open the market by connecting with that era?

本: Oh, no, this is exactly what I don’t want to do. In Europe and the United States, “Kung Fu” has been overconsumed. I hope that my shoes are “not Kung Fu” but “sociological”, so that more people will know about the existence of Chinese workers.

Sunday: In the European and American markets, what kind of people are interested in your shoes?

本: They are about 20-40 years old and they like fashion. They may have nothing to do with the blue-collar class, but they appreciate the style of blue-collar work clothes. For them, my shoes are a kind of fresh “tooling”.

Sunday: What about the Chinese market?

本: Most of them are young people around 20 years old. Older people are not easy to accept. Although they have been greatly improved, for them, “labor insurance shoes” are still associated with a certain identity.

Sunday: What are the major changes you made to “labor insurance shoes”?

Sunday: How much do you sell for a pair of shoes?

本: Improving quality is very expensive. In addition, my labor costs are relatively high. I pay workers overtime and have holidays. My product wants to convey such a value: goodwork, fairpay (work hard, pay fair), I hope I can do it.

Sunday: How do you feel about dealing with first-line factories in China to make shoes?

本: We are a company that has just started. Unlike large companies like GAP and UNIQLO, which have strong choices and decision-making powers, it is very difficult to do everything. It takes a lot of patience and determination.

Sunday: Someone questioned the practice of using poor Chinese workers as fashion consumers on the Internet. What do you think?

Ben: I once wrote a paragraph: In order to earn a little more money, a better working environment, or just to try to open a way for fewer people to walk, people, people all over the world leave their homes to find a Dream. Chinese workers are like this, I am like this, how about you? 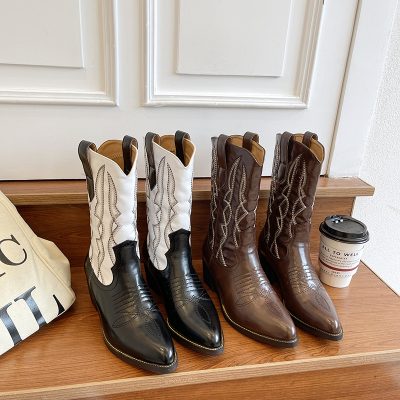 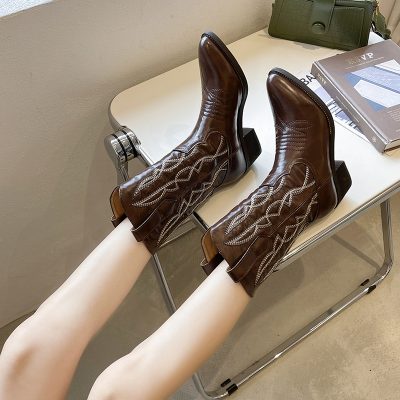 How to improve the water resistance of labor insurance shoes
2021年8月22日

The role of safety shoes in different places
2021年8月22日